Splitting Ten for a Product

This is the Transum Newsletter for the month of September 2021. It begins, as usual with the puzzle of the month.

Think of all the sets of numbers that add up to ten. Which of them has the largest product?

The answer is at the end of this newsletter. While you think about that here are some of the key resources added to the Transum website during the last month. If you like puzzles you'll like Similar Parts and Congruent Parts. The second of these two activities is definitely the easier of the two and I was encouraged to add clues to the former. They make a nice challenge for learners from eight to eighty regardless of whether they have formally learnt about similar and congruent shapes.

Since the last newsletter a couple more Schemes of Learning have been added to the Curriculum page. Again thanks to White Rose Mathematics for permission to use their planning and I hope these pages help you more quickly find relevant Transum resources.

So I had a thought, inspired by the notion of Comparative Judgement, that it would we worthwhile to compare two randomly-paired statistical graphs and decide which was better. This would be a ruse to get learners discussing the features that make graphs misleading. Why don't you, as a knowledgeable Maths teacher, give it a go at Compare Graphs. The more people who do the activity, the more data the system collects and the more reliable the feedback becomes.

Boxed-In Fractions can now be played against the computer if there isn’t a 'someone else' nearby willing to challenge you. The computer doesn't play the perfect game so there is a very good chance of you winning. If you play one of the higher levels you can use the adding fractions part as a practice using the fractions button on your calculator as the sums could be quite long! I have now added Boxed In Numbers as a similar game but focused on negative numbers.

The document 'Mathematics programmes of study: key stages 1 and 2' published in 2013 by the UK's Department for Education contained some examples of formal written methods for all four operations to illustrate the range of methods that could be taught. It went on to explain that the examples given are not intended to be an exhaustive list. Consequently, new on the Transum website are some interactive pages to help learners practise the Column Method for Addition, the Column Method for Multiplication and Long Division. A button allows users to vary the exact position of the superscript and subscript digits to match the method and format the user has been taught.

The 21st June Starter has been improved to give the arithmetic more of a purpose. It is now called Cunning Code. There are ten levels of difficulty you can choose from by clicking on one of the ten buttons lower down the page.

The Draughts puzzle has been improved but you have to scroll down the page to find the 'Try Puzzle' button.

The Great Dodecahedron was until recently a static image. Now it is an interactive and very colourful resource for which a trophy is now available.

The majority of Transum subscribers live in the northern hemisphere so a Back To School list of resources is appropriate for this newsletter. Click one of the images below to see a customisable, projectable maths equipment list, projectable guidance for pupils setting out their maths exercise books and of course lots of good first-lesson ideas you may not have come across before. 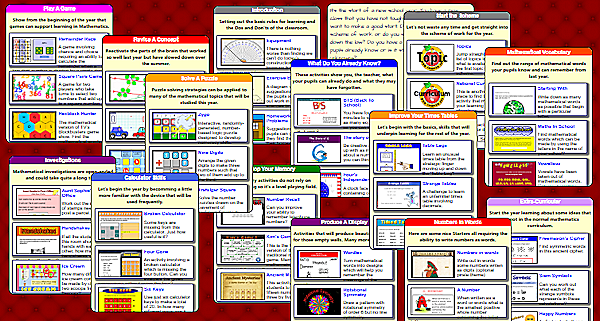 Please let me know if you have any other suggestions for teachers meeting classes for the first time.

The latest help video to have been uploaded is all about Map Scales. It features a wide variety of different maps from various maps of the world to a map showing where the big stars live in Hollywood! 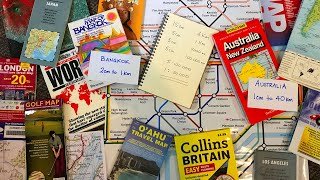 Today is the first day of the last third of the year. Yesterday was two-thirds day; We were two thirds of the way through the year. Fractions should be hyphenated when they are adjectives or adverbs but not when used as nouns. Is that correct or should I update the Style Guide?

Finally the answer to this month's puzzle. The answer is 36. If you are interested in how I arrived at that answer you can go to the Largest Product (Level 10) page, scroll down to the answer section then click on the link with the text 'View all of the possible ways to split 10'. As you will see there are a lot more Largest Product puzzles to explore.

P.S. I have just found out that the company that makes metre rulers won't be making them any longer.