This is the Transum Newsletter for the month of July 2019. It begins, as usual with the puzzle of the month. What fraction of the square does the red arrow cover? 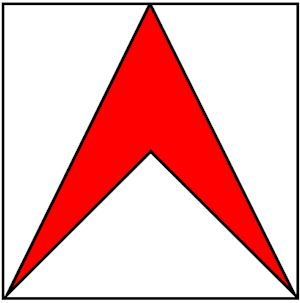 To be precise, the red arrow is a quadrilateral (kite) joining the mid point of the top side of the square, the bottom right corner, the centre and the bottom left corner of the square.

The answer is at the end of the newsletter.

I kept the promise made in the last newsletter and on the long flight into London I wrote a new activity for the website called Ultimate Noughts and Crosses.

It is a fascinating variation on the familar noughts and crosses game and will be perfect for those last few Maths lessons of the year. The strategy for winning requires quite a bit of thought even for those expert in the simple game.

I am lucky to have a friend who owns a group of holiday villas in Bali. It would be rude not to visit so I'm planning on spending some relaxing time there at the end of July. As reading will be one of the major passtimes there I have just downloaded to my Kindle 'The Math Book' published by Sterling (From Pythagoras to the 57th Dimension, 250 Milestones in the History of Mathematics). I was initially attracted to this book by it's contents page; a no-nonsense, chronological list of interesting mathematical discoveries. I hope it will give me some new ideas for the website.

I updated the Siam Symbols Starter so that the clues were more specifically targeted to the properties of single-digit numbers that teachers want to highlight. Having done that I received a Tweet with a link to the International Language Olympiad site with a far more complex challenge. You can find that Tweet on the Siam Symbols page.

I have recently noticed something I hadn't realised about the Windows calculator. When running in standard mode it operates LTR (2+3x5=25) while in scientific mode it obeys the normal order of operations (2+3x5=17). Worth knowing when learning about BIDMAS or PEMDAS.

My observation was acknowledged by Dave Grochocki, Senior Program Manager at Microsoft, who told me "Standard mode behaves like a basic calculator that executes as you go. We are working on making sure this is clear in history". He also linked to the 'bug report' discussion in which he said “Standard Calculator mode works in immediate-execution mode, just as a simple pocket calculator would. It ignores order of operations entirely. The solution today would be to use the Scientific Calculator, though we have discussed this on the team in the past and agree we can do better at making this distinction clearer."

In the meantime I urge teachers to use this feature to your advantage when teaching order of operations so that your pupils are fully aware of the issues and the real-world application. There is, of course, a place to practise on the BIDMAS page. 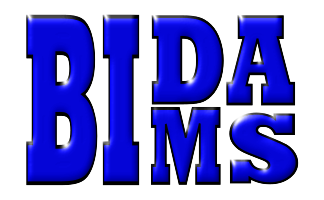 I am writing this newsletter on the UK's hottest day of the year which inspired me to put together some ideas for taking your Maths lesson outside. The page is 'under condtruction' at the moment and welcomes any ideas you may have for Outdoor Maths.

The answer to the puzzle of the month is one quarter. I worked it out by considering the areas of the white (unshaded) regions of the square.

If a vertical line dissected the square the two white right-angled triangles would each be half of the rectangles created. Thus they would each be a quarter of the area of the square.

So if the tree white triangles are three quarters of the area of the square that leaves one quarter for the red arrow.

How did you work it out?

P.S. The statue of Nelson in Trafalgar Square is roughly 5 metres tall while the column it stands on is roughly 50 metres tall. That's Horatio of 1:10.