Divide this total by the number which has all of its letters in alphabetical order.

That should keep you busy if you resist the temptation to peep at the answer at the end of this newsletter!

May was another busy month adding and improving content on the Transum Mathematics website. Here are the highlights:

The BIDMAS logo has been redesigned to show that division does not always come before multiplication as those two operations should be evaluated from left to right. The same is true for addition and subtraction. What do you think? 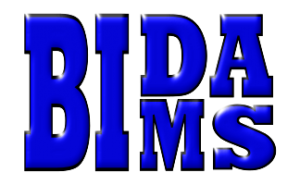 Investigating the properties of algebraic graphs has been transformed over the last ten years with the widespread use of graphic display calculators and graph plotting software on computers and mobile devices. On Transum you can now access the wonderful Desmos on the new Graph Plotter page. The suggested investigations are in draft form at the time of writing but will be developed further during this month.

In addition to the Graph Plotter is a Graph Patterns exercise which allows pupils to earn trophies for recognising the graphs and correctly finding their equations. There are currently two levels containing linear (level 1) and quadratic (level 2) graphs.

A new Collecting Like Terms exercise has been added with links to exercises on using brackets and expanding products of two binomials.

For older students in the middle of exam revision there is a new page containing a growing list of objective checklists for various common Maths exams. The checklists are presented in an interactive format which allows students to go through each objective and classify it as easy, OK or help!

The Areas Investigation and How Many Squares (2) pages now have camera icons appear each time a shape is completed. This interface allows pupils to find shapes and then drag the ‘photos’ they have taken into some kind of order to help spot missing shapes. Subscribers have access to the Worksheet section of the website and a printable page for teachers has just been added. It is a very simple idea but something you may find useful. When you have finished marking a lot of test papers it speeds up the task of converting a lot of test scores to percentages. It is called Test Scores To Percentages.

This idea will only save you a small amount of time compared with using a calculator or a spreadsheet but every second counts when you have a pile of marking in front of you. I personally have found it useful for speeding up the conversion and rounding of percentages for many years of test marking. You could also put tally marks next to the scores to get a quick picture of the spread of the marks.

Finally here is the answer to this month’s puzzle:

That’s all for this month,

P.S. If the exam question is three minus the square root of nine you can write down nothing but get full marks!