If the universal set is the set of positive even numbers less than 30 and:

(a) Complete the Venn diagram with this information. 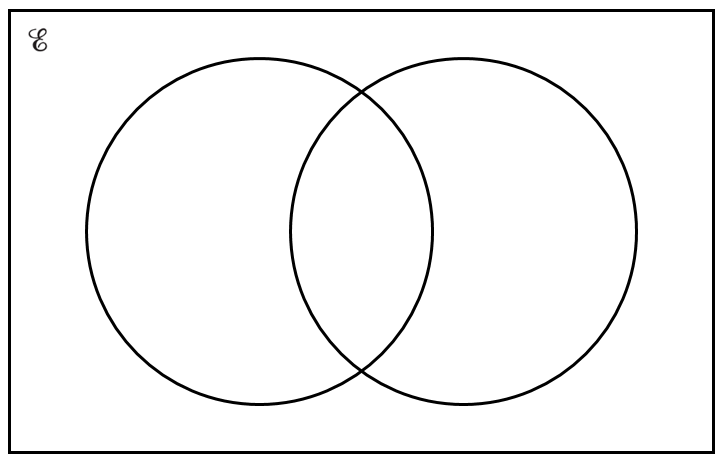 A number is chosen at random from the universal set.

(a) Complete the Venn diagram to represent this information:

A number is chosen at random from the universal set \( \mathscr{E} \).

A driving test has two sections, practical(p) and theory(t). One day everyone who took the test passed at least one section. 77% passed the practical section and 81% passed the theory section.

(a) Represent this information on a Venn diagram showing the percentage of candidates in each section of the diagram. 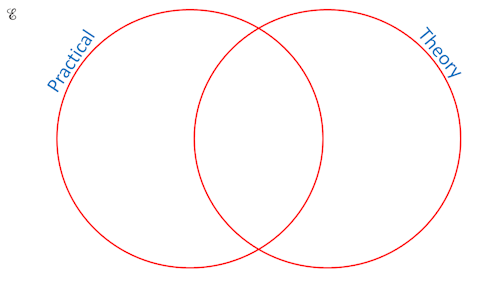 One person is chosen at random from all the people who took the test that day. What is the probability that this person:

(b) passed the practical section, given that they passed the theory section,

(c) passed the theory section, given that they passed only one section?

Twenty nine children went to a zoo to photograph some animals. The numbers of children who photographed Lions(L), Monkeys(M) and Zebras (Z) are given as follows:

(a) Draw a Venn diagram to show this information.

All of the children photographed at least one of the three types of animal.

(b) Find the number of children that photographed Monkeys and Zebras but not Lions.

(c) Calculate the probability that a child chosen at random from the group photographed a Lion.

(d) Calculate the probability that a child chosen at random from the group photographed only one of the three types of animal.

(e) Calculate the probability that a child chosen at random from the group photographed only Lions, given that they saw only one of the three types of animal.

Sumville has three newspapers: The Chronicle, The Express and Moon, and The Scribe.

It has been found that

(b) What percentage of the population does not read any of the three newspapers?

(c) Find the percentage of the population that reads exactly one newspaper.

(d) Find the percentage of the population that reads The Chronicle or The Express and Moon but not The Scribe.

A local radio station states that 71% of the population reads either The Express and Moon or The Scribe.

(e) Use your Venn diagram to decide whether the statement is true and justify your answer.

The population of Sumville is 180 000. The local radio station claimed that 65 000 of the town’s citizens read at least two of the local newspapers.

(f) Find the percentage error in this claim.

900 professional footballers were surveyed with the following results

(b) Write down the number of footballers that have a swimming pool only;

(c) Write down the number of footballers that have a swimming pool and a boat but no second home.

(e) Calculate the number of footballers who have none of the three.

Two footballers are chosen at random from the 900 footballers. Calculate the probability that:

(f) neither footballer has a swimming pool;

(g) only one of the footballers has a swimming pool.

(h) Write down a second equation in \(x\) and \(y\) to represent this information.

(j) Calculate the number of months that it will take them to collect at least 50000 pounds.