This is the Transum Newsletter for the month of August 2020. It begins, as usual with the puzzle of the month.

Would you like to win the Ultimate Teacher Trophy? If so you need to win two games of Ultimate Noughts and Crosses in a row. You will play three games in total.

Your opponents will be the super-intelligent Professor Bogdan Plopmush and the enthusiastic but absent-minded Wally Pip.

You can choose the order of your games from these two options:

In order to have the greatest chance of winning the Ultimate Teacher Trophy, which option should you choose?

The answer will be at the end of this newsletter and while you are thinking about it I will update you on some developments. 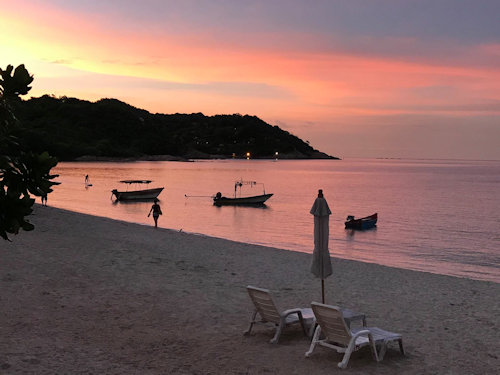 I am currently lucky enough to be in a country where there have been no locally transmitted case of you-know-what for months so I was able to have a summer beach holiday. Lucky me. I justified it by knowing that I was helping, albeit in a very small way, the tourist industry here. But while sun, sea and sand were perfect for relaxing they did tend to limit the number of new additions to the Transum website for the month of July.

HCF and LCM worded questions did however flow from my mind (and my deckchair) and they can be seen as the new level 6 of the existing online exercise. The last three questions should hopefully challenge even your brightest sparks.

Factor Pairs was next to be created. I decided on presenting the resource as nine puzzles with the first coming with lots of help. This is a drag and drop activity but designed to help pupils see the patterns in the ordered lists of factors arranged in pairs. 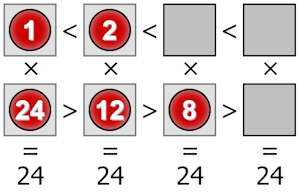 Two new help videos were made at the beginning of July. They feature the cartoon character Tran Sum (watch out Disney!) and cover the topics of Addition and Subtraction. They are not designed to be watched all the way from beginning to end. They can be found in the help tabs of the Addition and Subtraction online exercises and when a pupil clicks on the help tab the video will be cued to the section matching the level of the exercise they are viewed from.

On the last day of July I made a video on the order of operations commonly known as BIDMAS (or is it BODMAS or PEMDAS?)

Did you know that you can work out the number of factors a number has by multiplying together the indices (each increased by one) seen in the prime factorisation of that number? You can apply that knowledge using this next new resource called How Many Factors? It is a bit of drill and practice and provides plentiful mental methods practice. The instructions for calculating prime factorisations using a calculator are in the help tab, but only appear when subscribers are signed in. I’ll leave it to you to figure out the best time to share those instructions with your pupils.

Connect 4 Factors is one of the Transum classics with many people playing the game or attempting the challenge each day. It has had an upgrade (frequent flyer points) making it even more robust and easy to use. It you haven’t seen it already go and have a peep.

HELP! How do you convert a fraction to a percentage? Do you multiply by 100 or do you multiply by 100% ? Textbooks differ and I have been having a conversation with a wonderful subscriber which is leaving me undecided. You can see the discussion on the Percentages Debate page. What do you think?

And now the answer to the puzzle of the month that you have been thinking about since the beginning of this newsletter:

The puzzle is adapted from a puzzle I saw in Alex Bellos’ book So You Think You’ve Got Problems. It’s one of those puzzles that most people get wrong as the correct answer is not immediately obvious. Most people think that the option of playing Wally twice is going to give the best chance of winning two games. However these two wins will not be ‘in a row’ so won’t win you the trophy.

The correct answer is Bogdan, Wally, Bogdan. You are quite likely to win the middle game and you then have two chances of making it a double with your two games against Bogdan.

If you are not convinced, draw two tree diagrams, one for each option, then you will see why the first option is best. Alternatively the combined events probability formula could be used.

PS. I just asked Alexa to tell me a maths joke. She said "What happened when the Maths teacher gave out extra homework? The addition cause the division to multiply!" - I think I get it but not sure.