Hello, I hope you are fit and well and ready straight away for February’s puzzle. It’s a story to make you think, calculate and wonder. Apologies to those who have been using the Starter of the Day regularly as they’ll probably have come across this puzzle before. It’s the Starter for 19th June. 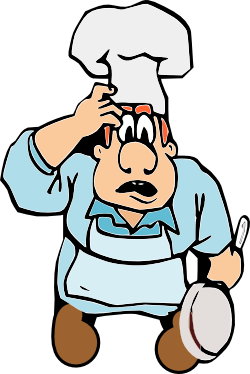 Here’s the story: Three people enjoy a meal at a restaurant. The waiter brings the bill for £30 so each person pays £10. Later the chef realises that the bill should have only been £25 so he sends the waiter back to the table with £5. The waiter was not very good at Maths and could not figure out how to divide the £5 so he gave each person a £1 and kept £2 for himself.

What happened to the other pound?

Well that’s given you something to think about. The answer will be at the bottom of this newsletter.

January has been another busy month at Tran Towers and a number of activities have been added or updated. Here are the notable items.

Equivalent Fractions is the very latest self-marking exercise which was only added on the last day of January but already eight virtual trophies have been awarded to people completing it. The first two levels are basic colouring-in tasks. These very visual activities help pupils understand why certain fractions can be described as equivalent using diagrams of fraction walls and pizza sector slices. Level 3 is a more traditional exercise in which pupils have to fill in the missing number in pairs of equivalent fractions.

The 27th January Starter of the Day is a twenty-question mental arithmetic test. It has been updated to allow teachers to vary the speed of the test and edit the questions to better suit their pupils. It’s the sort of Starter you could bookmark to use regularly when the time comes for a light-hearted quiz on a particular topic.

The Pairs games have always been very popular. They add variety to a Maths lesson and can be played by one or two pupils sharing a computer. The latest one to be added is called Fraction Percentage Pairs and, as the title suggests, challenges pupils to match common fractions with their equivalent percentages. The pairs games also come with drag-and-drop warm up activities and multiple choice quizzes using the same cards used by the pairs game.

Factor trees is another self-checking exercise which helps student learn how to find the prime factors of numbers. The branches of the trees grow according to which factor pairs the pupil has chosen for each stage of the factor tree.

Next time you are teaching Venn Diagrams book the school hall or playground to do the Human Venn Diagrams exercise. Surely the learning must be all the more effective if you are part of the giant Venn diagram? This activity is part of the Transum People Maths collection.

Finally a randomly-generated Travel Graphs series of exercises has been added to cover distance-time and speed-time graphs.

The answer to this month’s puzzle is quite simple. The final paragraph of the story should read: The waiter kept £2 and £27 ? £2 = £25, the correct cost of the meal!

Have a good month

PS. I will do algebra, I’ll do trigonometry and I’ll even do statistics but geometry and graphing is where I draw the line!