Welcome to the Transum tram shunting yard where there is a proper place for each and every tram.

These puzzles are Transum's versions of the shunting or switching puzzles made popular by train enthusiasts and puzzle solvers.

The objective is to move the trams, represented by coloured circles, onto their parking spots, represented by circles of the same colour but a dashed border. There are buttons to switch the points and make the tram move to the left, to the right, or to stop.

Trams can go over parking spaces during the course of the action but you should be careful that two trams don't crash into each other. A crash will require the operation to start again from the beginning.

When all of the trams are parked in the correct places you will have the option of claiming a Transum virtual trophy. On the trophy will be recorded the time it took you to complete the shunting puzzle. You can try as often as you wish and look for time saving strategies so that you can improve on your personal best for each level.

If identifying the colours of the trams is difficult you can add colour names.

There is are example solutions to these puzzles but they are only available to those who have a Transum Subscription.

A brilliant game involving chance and choice requiring an ability to calculate the remainder when a two digit number is divided by a single digit number. There are one and two player versions and the rules are inspired by the Royal Game of Ur.

Every whole number can be expressed as the sum of three palindromic numbers like this... So far this activity has been accessed 141 times and 28 Transum Trophies have been awarded for completing it.

As the objective is to complete the puzzle in the shortest amount of time you might be interested to know what the current fastest times are. Those people who have claimed a Transum Trophy for completing a puzzle have their times entered into our database. You can see the current leaders on our Best Shunting Times page.

"Though this activity is not explicitly mathematical it does require abstract thought, logical deduction and the generation of a strategy. The real skill is to have more than one tram moving at the same time to minimise the time taken to complete the task. Currently the record for level 1 is 27 seconds! Can you beat that?"

"Could you put letters or numbers in the circles, being colour blind makes what could be an entertaining puzzle a nigh on impossible task beyond the simple solutions.

[Transum: Thanks for the prompt Rob. There is now the option to add colour names to the trams, destination circles and buttons. You will find the link just above these comments at the bottom of the left column of text.]" 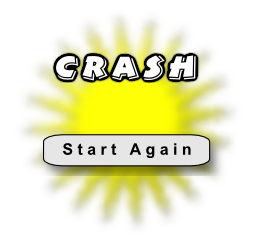