Hang out the washing on the line so that the probability words on the t-shirts are in order.

Estimate the probability of a drawing pin landing point up from experimental data.

Arrange some statements in order according to the probability of them happening. Compare your opinion with thousands of others.

Use a frequency tree to show two or more events and the number of times they occurred.

The Maths of Gambling

Gambling is never a good idea and this activity might help you understand the mathematics involved.

Show that you know which formula (as given in the IB Formula Booklet) to use for each probability question. A drag and drop challenge.

This is the main Transum help video on Probability. 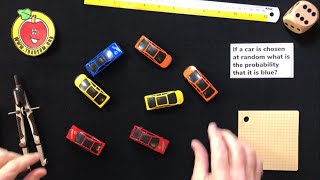 A reminder of how to work out basic probability leading to simple combined events and expected values. 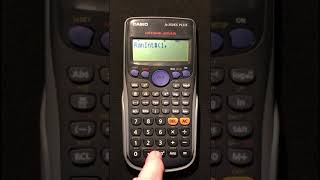 If you have no dice don't despair because most scientific calculators have a random number generating facility as can be seen in this short video. 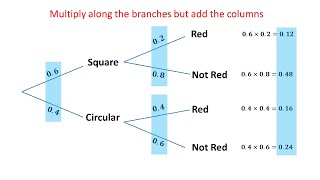 Tree diagrams can be really helpful showing combinations of two or more events in order to calculate probabilities. 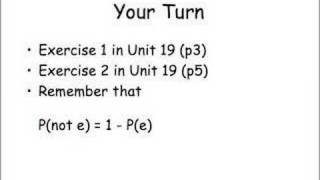 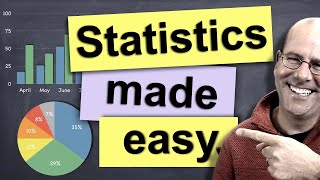 This video explains numeric and categorical data and helps you gain an understanding of when to apply a t-test or a chi-square test.

A visual aid to highlight the vocabulary of probability and to debate the relationship between the given words.

Arrange some statements in order according to the probability of them happening. Compare your opinion with thousands of others.

The teacher has a set of six cards numbered 1 to 6. They are placed face down on the teachers desk so that the teacher can pick up one at random which students then have to fit onto a grid.

Twelve snails have a race based on the sum of two dice. This is the teachers' version of the race simulation.

A customised online calculator for quickly finding areas under the normal distribution curve.

A slide presentation showing how to use the chi-squared test to measure significance.

A simulation of a Quincunx (Galton Board) which can be used to create the bell shaped curve of the normal distribution.

A slide presentation designed to revise the key aspects of Student's t-Test.

Bus Stop
How many different ways can four people stand in line?

Coloured Sheep
What is the probability of picking a red sheep from the sheep in the field?

Ice Cream
How many different ice cream cones can be made by choosing two scoops from six flavours?

Pick From The Pot
The pot contains 10 counters which are being randomly removed and replaced. How many of each colour do you think are in the pot?

Tran's Hats
In how many different ways might Tran decide to wear his hats in one week?

30 items are currently in this category.

We believe that even adults can, in many cases, have a poor intuition regarding the effects of probability. These activities are designed to help pupils calculate but also get a 'feel' for the principles of probability.