This photograph was taken in August 1996 at a hill temple near Khejarala, Rajesthan, India. Carved into the rock is the board for the game "Nine Men's Morris".

Each player has nine stones which they put onto the board alternately one at a time. The stones can be placed on any corner or intersection. When all the stones are on the board players take turns to move a piece along a line to a neighbouring empty point. When a player achieves three in a row an opposing stone is removed but it may not be taken from an opposing three in a row. If a player is reduced to two pieces or is blocked and unable to move, they have lost the game. 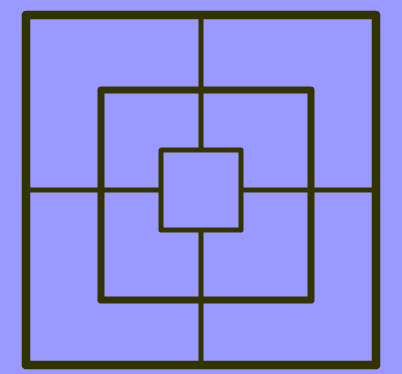 What is the maximum number of pieces which can be on the board without any forming a row? Investigate for other size boards.

Click on a link below to explore other parts of the Transum web site: