Type 'viral Maths' into Google and the top search result is about the following calculation.

The puzzle of the month is to figure out what are the two different answers most commonly given for the result of that calculation and which is correct. You may be surprised to know that even calculators give different answers. I’ll reveal the answer in next month’s newsletter.

The first new resource to be launched last month is called Inertia Racetrack and was inspired by a game called Racetrack (or Le Zip in France) as described in Ben Orlin’s excellent book Math Games with Bad Drawings. Ben tells how, when the game hit the US in 1973, it became a schoolhouse favourite. A rudimentary computer version at the University of Illinois proved such a popular time waster that school authorities banned it for a week.

Well I hope you don’t find Inertia Racetrack a time waster, in fact I hope you find it to be a really useful leaning resource as part of your Vectors topic.

A prequel to the popular Transformations exercise has been created that only requires learners to name simple transformations. The activity has been cunningly titled Which Transformation? Thanks to subscriber Mandy for suggesting the levels. 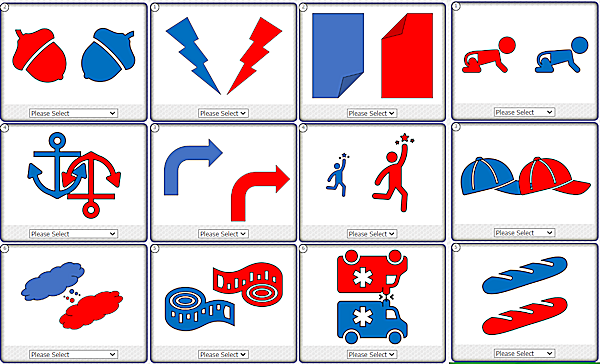 I began to write an extension exercise for pupils to practice partitioning but then got caried away and it's now a set of puzzles with a very wide range of levels. I think most pupils can learn something by working their way through the levels. I hope you enjoy it too. It's called Partition Clues.

The new Sequences Table Challenge is in two levels (two different tables). The first doesn't include the series sum so would be suitable for the middle years of Secondary school. The second table will challenge even the most confident Year 12 student. Not only is it self-marking but the randomised values mean you can try the same challenge on multiple occasions with different results.

Given the HCF and LCM what might the numbers be? I would use a Venn diagram with prime factors in my working but is there a better method? You can see some questions in the new Level 6 of the HCF/LCM exercise. Please let me know.

For those in the northern hemisphere it’s Back To School time and the Transum website has a list of resources you may find useful at this time of year. Don't miss the classroom display ideas. Please let me know if you have any suggestions to further develop that area of the website. 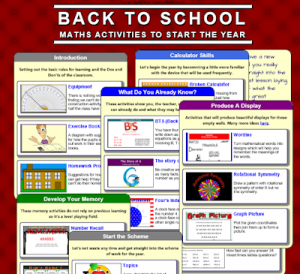 Starting a new school year is a good time to remind you that once in a blue moon (much less frequently than that actually) the Transum server may stop working for some technical reason. Be reassured that there is a backup. Transum.info is hosted with a different host and contains 99% of the functionality of Transum.org so can used until the main site comes back online.

Marry Me is a 2022 American romantic comedy-drama film starring Jennifer Lopez and Owen Wilson who plays the part of a maths teacher. I was drawn into watching it last weekend curious to find out how much mathematics would feature in the story. Surprisingly a 'mathalon' and scenes of the students preparing for the competition were shown. I wonder how many people watching the film bothered to work out the answers to problems presented such as 'what is the sum of the reciprocals of the even factors of 16?' and 'a circle with perimeter 8 π is inscribed in an ellipse whose width is twice its height. What is the area of the ellipse in square units? 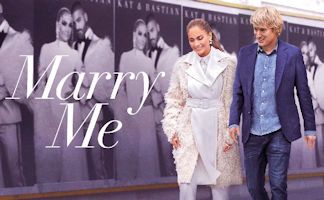 BBC Radio 2 has the best radio audience figures in the UK, with a reach of almost 14.58 million per week. When Maths is discussed on Radio 2  a lot of people are listening. I often have Radio 2 playing in the background while I’m working on the website but because of the time difference I am listening to nocturnal programming. One daily feature I hear is called Midnight Mastermind – three questions posed by a member of the public about a different topic each day. Yesterday the topic was GCSE Mathematics so my ears pricked up.

The questions asked of the DJ  were:

I’ve included the audio in this month’s podcast.

The DJ, under the pressure of answering live on air, got all the answers wrong despite that fact that he’d achieved good results in Maths when he was at school. How do you perform under pressure? How do your students cope?

Last month's puzzle was about a holiday on an island with a very strange weather pattern.  At the time of writing it has rained on 12 days since I’d been there but luckily it never rained for a whole day.

There were 15 clear mornings and 7 clear afternoons in all.

How long have I been on holiday?

The second correct solution came from Jonathan in California who is solving puzzles on the website a lot faster than I can create them.

I too worked out the solution using Wil's method but later I had a Eureka moment: The number of half-days of the holiday are itemized in the question. Adding them together (12+15+7=34) gives the total number of half-days which is equivalent to 17 days in total.

That's all for now - have a healthy and happy September,

P.S. Did you know that the pi approximation helpline is available 22/7? Receive confidential rounding advice by dialling +31 415 926536.