Best wishes for the month of June as we approach the end of the first half of the year.

I spent many hours last month updating some of the Strategy Games available on the website. This is the name I have given to the games that don’t have an obvious mathematical connection but instinctively feel as though working out the winning strategy will strengthen one's ability for mathematical reasoning. 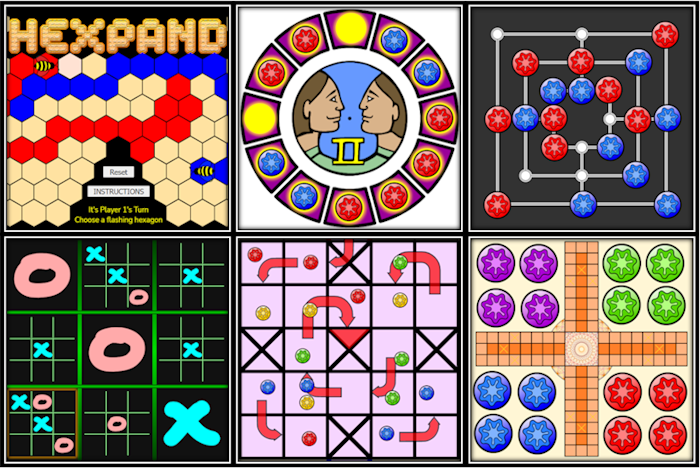 It began in 1996 when, on a visit to India, I took some photographs of some game boards carved into rocks. My camera back then was not of a very good quality but the photographs inspired me to create interactive versions of the games for the website. Since then I have added more games that I think school-aged children would enjoy playing and the collection contains games presented in different ways.

For example, Pachisi has been updated. I think it is a good thing that there are many ways to play this game and I challenge pupils to develop their own set of rules for this game. Their version could become famous if it makes the game suitably challenging yet interesting and fun to play.

Other games have clear and simple rules yet lead to complex situations and unexpected strategies. I think some games are best played between two pupils while other games let you play against ‘the computer’. Incidentally the game Fifteen is isomorphic to Noughts and Crosses but you should play it a few times to get a feel for the similarity. When you have mastered Fifteen try Trilett. 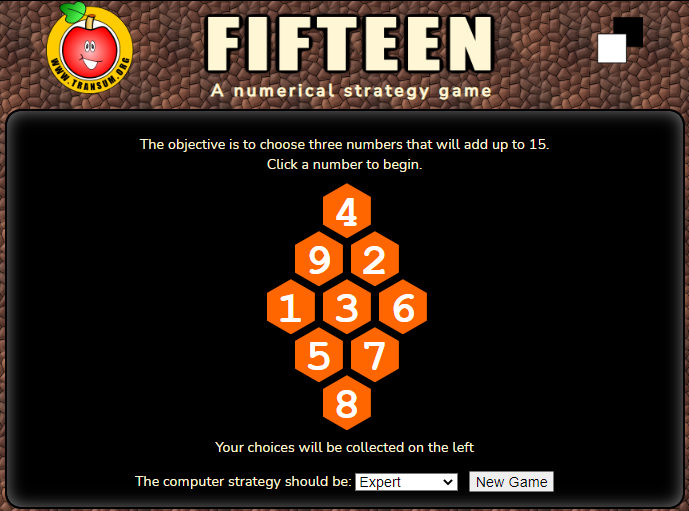 The popular Plotting Graphs activity is now in 3 levels with more linear graphs in the first level as requested.

There has long been an activity on the website for grouping the equations of straight-line graphs together if they are parallel – I can now let you know that there is a matching activity requiring pupils to find the equations of Perpendicular Graphs. 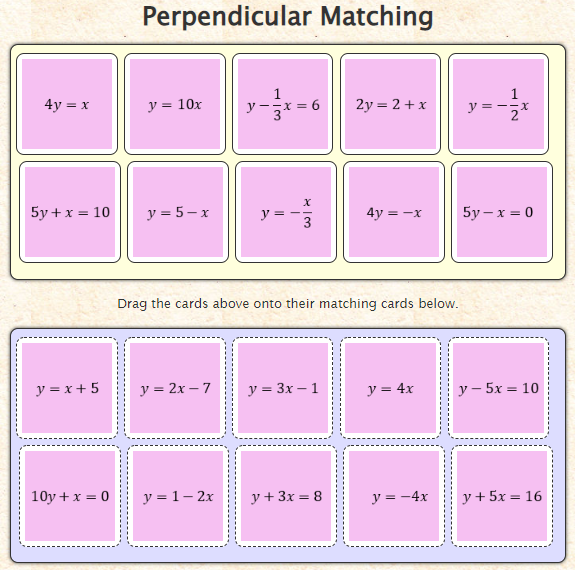 The longest school email address belongs to students at an international school in India – 61 characters! Can you imagine having to type out such a long string of letters and numbers every time you had to enter your information into a form? Phew!

Talking of Trophies, now teachers can award Trophies for activities that pupils were unable to collect themselves. Sometimes a pupil may do a Transum exercise using pen/pencil and paper instead of using the online version. You can then award them the Trophy they would have received. You will find the facility in your Class Admin area Trophies page.

And while you are in Class Admin check out the Seating Plan page. You can now not only drag those desks around, but you can rotate them too! 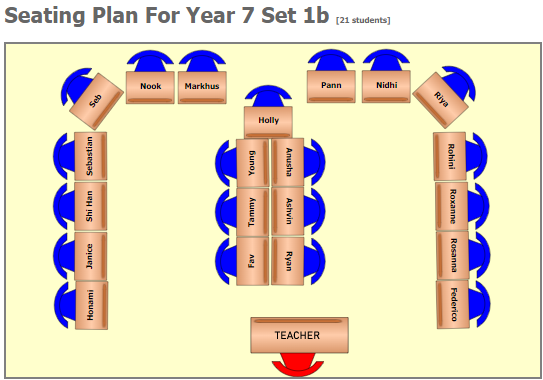 Finally last month’s puzzle: You have two cubes and your task is to write numbers on each of their faces to make two strange dice. The dice can be rolled and their scores added to give any total from nought to 12. How would you number these cubes if the sum of the twelve numbers you choose should be a minimum?

The first correct answer was received from Brian Bitto:

At first, I found this solution:

Then I realized that the problem didn't state that the numbers had to be less than or equal to 6, so then I found this better solution, which was a little surprising:

This and another solution were found by Szilvia Varró-Gyapay:

P.S. I will do algebra, I'll do trigonometry and I'll even do statistics but geometry and graphing is where I draw the line!