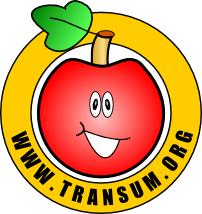 How did you use this starter? Can you suggest how teachers could present or develop this resource? Do you have any comments? It is always useful to receive feedback and helps make this free resource even more useful for Maths teachers anywhere in the world.
Click here to enter your comments.

If you don't have the time to provide feedback we'd really appreciate it if you could give this page a score! We are constantly improving and adding to these starters so it would be really helpful to know which ones are most useful. Simply click on a button below:

Excellent, I would like to see more like this
Good, achieved the results I required
Satisfactory
Didn't really capture the interest of the students
Not for me! I wouldn't use this type of activity.

Previous Day | This starter is for 4 February | Next Day

"As I was going to St Ives" is a traditional nursery rhyme which is generally thought to be a riddle. The earliest known published version of it dates to around 1730. The answer to the riddle is usually said to be one: the person reciting the rhyme is the only one who is explicitly stated as going to St Ives, and everyone else met by them assumed to be travelling the opposite direction. [Wikipedia]

Your access to the majority of the Transum resources continues to be free but you can help support the continued growth of the website by doing your Amazon shopping using the links on this page. Below is an Amazon search box and some items chosen and recommended by Transum Mathematics to get you started.

Here a concise URL for a version of this page without the comments.

Here is the URL which will take them to a mathematical crossword puzzle.

Do you know the ultimate mathematical riddle and most probably the first? Click the link below to see it.